It was a pleasure to meet and handover a brand new Citroën C3 to Kevin McDiarmid of IGNITION DRIVING SCHOOL EXETER. This is Kevin's second car that he has had on the Driving School Programme.

A bit about IGNITION DRIVING SCHOOL

Looking for driving lessons in Exeter? Well look no further as we welcome back Kevin McDiarmid to the Ignition Driving School team. Our prices are £25 per hour and we can do blocks of 5 lessons for £123 and blocks of 10 lessons for £240. The first lesson is free for beginners too! All lessons last a full hour and tuition is one to one. So for more information or to book simply get in touch and we'll be happy to help.

THE BEST OF CITROËN FOR LEARNING TO DRIVE

​At Yeomans Citroën we want learners to have a great first time experience on the road, which is why we pride our driving school cars on comfortability and safety.

We have selected the best of our range with features particularly well suited to students, as well as catering to the needs of instructors:

Citroën's driving school cars have been specially adapted to the needs of first time drivers, ensuring that their experience is pleasant and enjoyable.

The driving school range is a ready-to-use solution which complies with the regulations for driving instruction.

This unique car brings rugged styling to the world of superminis. Distinctive to look at and comfortable to drive, it takes city driving to a new level of sportiness and fun.

Amongst its useful range of features and technology Citroën C3 is available with:

NEW CITROËN C3 IS AVAILABLE FROM YEOMANS FROM £229* PER MONTH WITH £687* ADVANCE RENTAL ON BUSINESS CONTRACT HIRE. *+vat

Call our Local Business Manager to Find Out More

Discover ConnectedCAM Citroën®, an in-built camera "made by Citroën" to capture your best driving moments, giving you freedom of spirit and, of course, improving your safety!

​In the event of an accident ConnectedCAM Citroën® is automatically activated and records and saves the footage 30 seconds before and 1 minute after the incident. This offers greater security and could be helpful when dealing with your insurance company later.

Thanks to the GPS function within the ConnectedCAM Citroën® app, you're also able easily find your parked car. 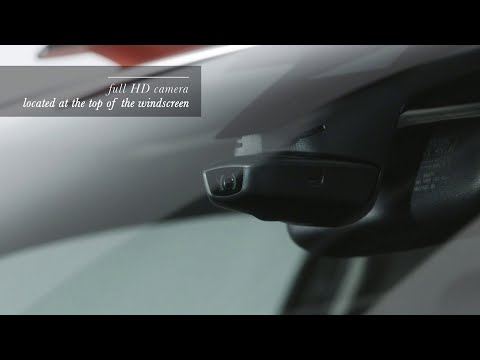 Get in touch with us

Whatever your question or feedback we are here to help. So please feel free to contact us

Immerse yourself even deeper. Visit our social channels

Company Information
Back To Top
Wickham Road, Fareham, United Kingdom, PO16 7HY
Reg Office: Yeomans House, Littlehampton Road, Ferring, Worthing, West Sussex, BN12 6PB
Reg. Company Number: 1937745
VAT Reg. No. 834871014
Yeomans Limited is an appointed representative of ITC Compliance Limited which is authorised and regulated by the Financial Conduct Authority (their registration number is 313486). Permitted activities include advising on and arranging general insurance contracts and acting as a credit broker not a lender. We can introduce you to a limited number of finance providers and do not charge fees for our Consumer Credit services. We may receive a payment(s) or other benefits from finance providers should you decide to enter into an agreement with them. The payment we receive may vary between finance providers and product types. The payment received does not impact the finance rate offered. All finance applications are subject to status, terms and conditions apply, UK residents only, 18’s or over, Guarantees may be required.
Back
Vehicle Valuation
Compare Saved Vehicles
Top
Close
X

Required cookies are essential to let you move around the website and use its features, such as accessing secure areas, shopping baskets and online billing. These cookies allow our website to provide services at your request.

Functionality cookies are used to remember the choices you make, e.g. your user name, log in details and language preferences. They also remember any customisations you make to the website to give you enhanced, more personal features.

Targeting cookies collect information about your browsing habits to deliver adverts which are more relevant to you and your interests. They also measure the effectiveness of advertising campaigns.

This site uses cookies and related technologies for site operation, analytics and third party advertising purposes as described in our Privacy and Data Processing Policy. You may choose to consent to our use of these technologies, or further manage your preferences. To opt-out of sharing with third parties information related to these technologies, select "Manage Settings" or submit a Do Not Sell My Personal Information request.