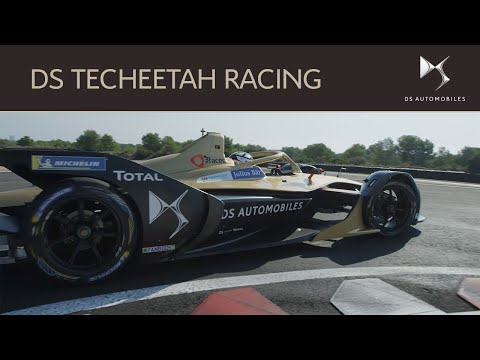 The category has become famous for thrilling races and DS TECHEETAH triumphed in a tense finale in New York City. Its conclusive proof that the DS E-TENSE racing car’s advanced powertrain, supplied by DS Performance, is at the forefront of electric car technology.

DS TECHEETAH and Frenchman Vergne went into the final race of the season with a healthy points lead. But with rivals Lucas di Grassi, Mitch Evans, Sebastien Buemi and their teams all within striking distance, the double title was no foregone conclusion.

The final round in Brooklyn saw DS TECHEETAH and Vergne finish in a safe seventh place to cement the two championships. It was a resounding endorsement of the energy recovery technology that DS has developed and which now features on its DS 3 CROSSBACK E-TENSE.

DS Performance Director Xavier Mestalan Pinon said: “It’s been four years since we started our commitment to Formula E and we always had the goal of winning. Now it’s done, we are both teams’ champions with DS TECHEETAH and drivers’ champion with Jean-Éric Vergne.”

Vergne added: “The weekend didn’t start the way we expected and today wasn’t ideal but none of that matters now because we managed to win the titles.

DS TECHEETAH and Vergne were worthy champions: the Frenchman won three races – more than any of his rivals. And with team-mate André Lotterer he helped DS TECHEETAH to control the championship from the midway point in the season.

Mark Preston, DS TECHEETAH team principal explained: “Winning this title solidifies our position as front runners in this championship. Motorsport is truly a team sport. That team needs to run like a well-oiled machine and ours is running like clockwork now.”

The Formula E Championship has become famous for its close racing. This season there were nine winning drivers from eight teams and Rounds 12 and 13 in New York, the final two of the season, continued to surprise.

Vergne eventually did enough to become the category’s first back-to-back champion: “If I make a mistake, it doesn't matter what the others do - I won't score points. We need to make no mistakes,” he said before the race. When it counted most, there were no mistakes from either team, driver or car.

Get in touch with us

Whatever your question or feedback we are here to help. So please feel free to contact us

Immerse yourself even deeper. Visit our social channels

Company Information
Back To Top
11 Hennock Road, Marsh Barton, Exeter, United Kingdom, EX2 8NP
Reg Office: Yeomans House, Littlehampton Road, Ferring, Worthing, West Sussex, BN12 6PB
Reg. Company Number: 1937745
VAT Reg. No. 834871014
Yeomans Limited is an appointed representative of ITC Compliance Limited which is authorised and regulated by the Financial Conduct Authority (their registration number is 313486). Permitted activities include advising on and arranging general insurance contracts and acting as a credit broker not a lender. We can introduce you to a limited number of finance providers and do not charge fees for our Consumer Credit services. We may receive a payment(s) or other benefits from finance providers should you decide to enter into an agreement with them. The payment we receive may vary between finance providers and product types. The payment received does not impact the finance rate offered. All finance applications are subject to status, terms and conditions apply, UK residents only, 18’s or over, Guarantees may be required.
Back
Book A Service
Vehicle Valuation
Compare Saved Vehicles
Top
Close
X

Required cookies are essential to let you move around the website and use its features, such as accessing secure areas, shopping baskets and online billing. These cookies allow our website to provide services at your request.

Functionality cookies are used to remember the choices you make, e.g. your user name, log in details and language preferences. They also remember any customisations you make to the website to give you enhanced, more personal features.

Targeting cookies collect information about your browsing habits to deliver adverts which are more relevant to you and your interests. They also measure the effectiveness of advertising campaigns.

This site uses cookies and related technologies for site operation, analytics and third party advertising purposes as described in our Privacy and Data Processing Policy. You may choose to consent to our use of these technologies, or further manage your preferences. To opt-out of sharing with third parties information related to these technologies, select "Manage Settings" or submit a Do Not Sell My Personal Information request.